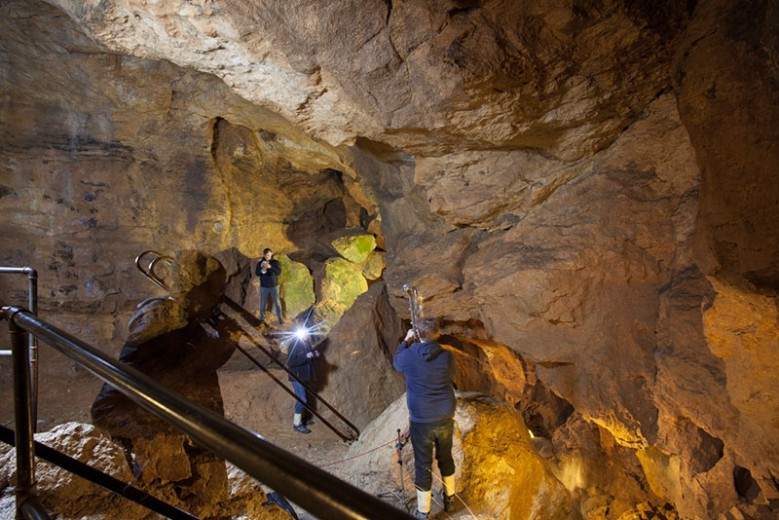 Tiefenhöhle Laichingen was the first cave we visited. Made up mostly of a series of extremely steep and long vertical shafts, the cave was extremely cold and wet. The air was so damp that at one point Marc Pichelin’s microphones stopped functioning and he had to leave them in the sun during lunch so their membranes could dry out. Although the air was damp, the sound of the cave was very dry in most places, outside a few isolated shafts. Because of the cold temperatures in the cave we had to go up to the surface periodically to warm up and dry off. We made a series of recordings of performances with visitors going through the cave, most of whom were surprised that we were there.