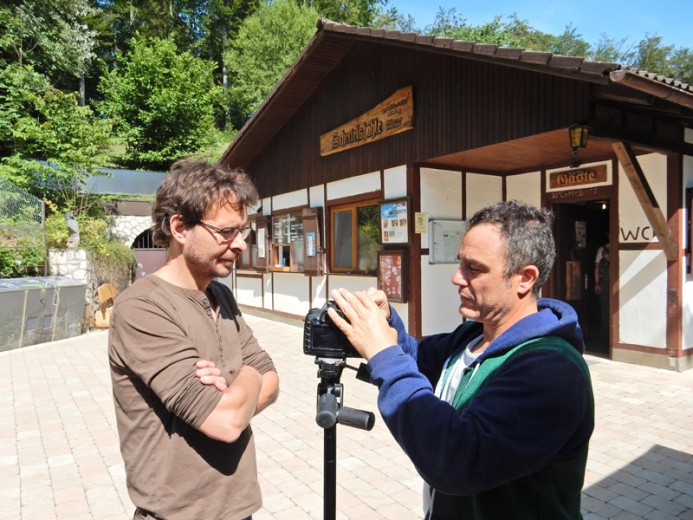 Quite a few tour groups passed through during our time at Schertelshöhle, but unlike Tiefenhöhle Laichingen where visitors tour the cave on their own, in Schertelshöhle the tours are led by member of the cave club, Höhlenverein e.V. Westerheim. So, we performed for the tour groups, but also alongside them, sometimes following the tours through the cave and walking closely amongst the visitors. Marc made some great recordings weaving through the crowd with Trigger playing and also made some very detailed close recordings of Trigger alone in the cave…. Once again the moisture of the caves affected our equipment with Kristof’s camera shutter button receiving a direct hit from a water droplet that temporarily immobilized it! He brought it outside to dry off and eventually the camera functioned again. Even so, he still took some incredible photos there.